An Unexpected Sage: Life Lessons from a Special Olympian

Mark, an IDD Individual who is part of Evergreen Service Providers’ program, has been with Carol – his Host Home Provider – since 1998. Prior to being matched with Carol, he’d faced some pretty tough challenges and struggled in previous living situations.  But since coming to live with Carol his life has changed dramatically.

Soon after Carol welcomed Mark into her home she got him involved in Special Olympics. Founded by Eunice Kennedy Shriver, Special Olympics is the world’s largest sports organization for people with intellectual disabilities. With a mission to transform lives through the joy of sport, more than 4.9 million athletes in 172 countries participate in Special Olympics, supported by more than a million volunteers.

Mark participates primarily in track and field, but also enjoys bowling, softball and swimming. He shines as a long distance, endurance runner, able to maintain an impressively consistent pace. Over the 20 years he’s participated in Special Olympics, he’s won 45 to 50 gold, silver or bronze medals. He’s also won blue ribbons in the softball throw. He won a gold medal for the 5K run at regional competitions which are held at University of Northern Colorado in Greeley. In recent years he’s participated in the renowned BolderBoulder Memorial Day Classic 10K run and once placed second in his age category, for which he received a plaque. Just this year he received a bronze medal in a 5K run.

But despite all the medals Mark has won, Carol shares that the awards are not Mark’s focus. It’s not a spirit of competition with the other athletes that has made him such a winner. Mark competes with himself – always going for his personal best and then working to better his best.

Mark’s physical accomplishments are remarkable, but how his life has changed in other ways is equally extraordinary. When Mark first came to Carol’s home he was uncomfortable in social situations and close contact with other people. Through his participation in Special Olympics he has found a community, which translates to being part of the larger community in which he lives. He has made friends and learned the skills to continue to make new friends. He converses comfortably with the Individuals with whom he bowls and plays softball. He has developed focus and skills that enable him to do his own laundry, fold his clothes, and clean up after himself. He and Carol together have found ways for Mark to adapt in several areas that were previously challenging for him. He’s even comfortable traveling with Carol to some regional and statewide Special Olympics events.

Carol relates that his participation in Special Olympics provides a great outlet for Mark’s seemingly limitless energy, as does training for his sports. Mark walks, runs, rides a bike, and walks Carol’s four dogs – dogs that he loves and who sleep in his room at night. His relationship with his family has grown and they are his biggest fans. They come to events to cheer him on and are a great source of support. His sister has even served as a Special Olympics coach.

So how did this transformation happen? For one thing, Carol and Mark are a great match. Environments were sought for Mark that would give him dignity, stability and opportunities to grow and thrive. Three were offered and after praying about the situation, Mark’s family felt led to Carol. Carol shared that she spent time in foster care as a child and feels that those experiences gave her keen insight into what these Individuals need. It was also during that time that she was introduced to Special Olympics, in which her church had some involvement. Carol’s big heart, empathy, and insights provide her with invaluable tools for working with Mark and other IDD Individuals with whom she’s shared her home since becoming a Host Home Provider in 1992. She’s willing to take time to get to know each Individual and their needs. She understands when to be gentle and when to be firm. And she recognizes the importance of helping her charges find a sense of accomplishment in what they do, which translates to confidence and self-esteem. Carol is a blessing to the Individuals she has welcomed into her home. Yet she says, “It is just my life,” and adds that sharing her home with Mark is a joy and “the greatest blessing I’ve ever had.”

This safe, caring environment has empowered Mark to be who he is, find his gifts, become what he is capable of being, and continue to grow. Carol says that Mark is very intelligent and “…a good man who makes his own path. He’s a driving force now.” Mark is thriving in this environment.

This success story is a perfect example of why Evergreen Service Providers exists. We recruit, train and support great Host Home Providers and place IDD Individuals in these stable, respectful situations that enable them to thrive. As a result, lives are changed and, as you can see, there is a ripple effect that changes lives well beyond that of the IDD Individual we serve.

Mark would likely never think of himself as a teacher or sage. But he doesn’t need to vocalize when his actions demonstrate many basic tenets of a life well-lived. With Carol’s help, he’s not waited for the “right time” or for circumstances to be perfect; although faced with challenges every day he has jumped in with both feet to pursue what he loves. Mark knows what he wants, has identified goals, developed his focus, and works to make them a reality. For his own enrichment and theirs, he opens his heart to those with whom he shares his world – family, friends, and animals. He recognizes his challenges and works to adapt so that they are no longer limitations. He takes responsibility for himself. Rather than comparing himself to others, Mark works to be the best version of himself. He demonstrates that excuses are a waste of time and energy and shows us what is possible. He is authentic. Not only is Mark an inspiration to other IDD Individuals but to anyone who knows him. 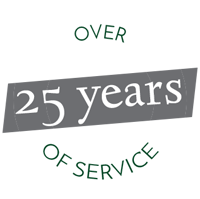